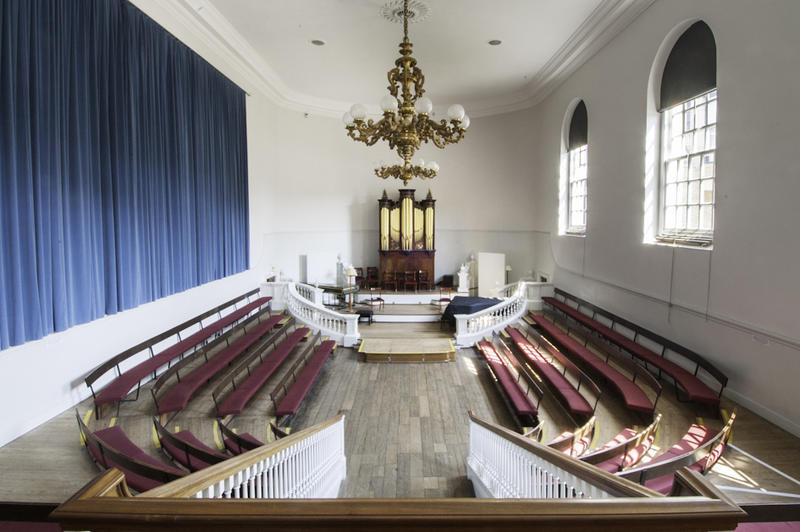 The Holywell Music Room is a popular concert hall available for hire throughout the year. The Holywell is situated on Holywell Street, providing a convenient and central location for concerts and recitals. It is better suited for chamber music or small ensembles. If you are a current music student or current Faculty member and wish to organise your own event at discounted rates during term time, please email us at events@music.ox.ac.uk. For all other enquiries, please visit Wadham College's website.

In the summer of 1998, the Holywell Music Room celebrated its 250th anniversary. The oldest custom built concert hall in Europe, it opened its doors to the public for the first time in 1748. Designed by Thomas Camplin, Vice-Principal of St Edmund Hall, the building was probably the brainchild of William Hayes, then Professor of Music at the University. The project was funded by public subscription (established in 1742).

The room continued as a concert venue throughout the eighteenth century and until 1836, from which time it was used for a number of other events, including auctions and exhibitions. By the 1870s, it was being used for weekly rehearsals by the Oxford Philharmonic Society and its future as a musical venue was further secured after 1910 when the Oxford University Musical Union obtained the lease on the building. The Holywell was restored and refitted in 1959-60 and since that time has been the location for many hundreds of recitals and concert series featuring prestigious visiting musicians as well as many local groups and student performers.